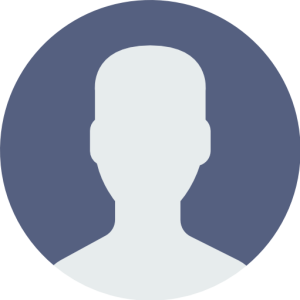 The need for startups

India is in need of 10 million jobs a year and global data shows that it is startups, not large enterprises that create net new jobs in any country. Startups are also the centers of innovation and are a great way to enhance employment creation in the economy.

However, more important factor is the technological enhancement they bring to the country. Startups involve dealing with new technology which generally lies at the highest end of value addition chain.

With more and more startups India can become a world leader in skilled work and not just an outsourcing destination for cheap IT services. Startup entrepreneurship is crucial because it brings innovations, new jobs and competitive dynamics into the business environment.

They act as a catalytic agent for change, which results in a chain reaction. Once an enterprise is established, the process of industrialization is set in motion. This will generate demand for various types of units and will in turn, lead to overall development of an area due to increase in demand and setting up of more and more units.

How startups have boosted the economy

India is a home to almost 3100 startups starting per year standing just behind the US, UK, and Israel according to the NASSCOM report of 2015. With 39,000+ startups and 33+ unicorns, India is today home to the third largest startup ecosystem, behind only the US and China. Projections indicate that by 2025, India may well have 100,000+ startups, employ 3.25+ million, and produce 100+ unicorns, with a total market value north of $500 billion.

The growth has continued at the same pace and the Indian tech startups have generated almost 2.5 lakh jobs in the past 5 years. Today, India is home to about 112 million working population falling in the age bracket of 20-24 years as compared to that of 94 million workers of China. This demographic dividend will definitely boost the startup culture in the country.

Additionally, the Prime Minister’s Startup India campaign has been a great initiative to boost entrepreneurship in India. Startups through their affordable and convenient services have been a major booster for the development and the progress of the Indian economy.

Since 2014, startups have collectively raised $50 billion across 3,700+ deals. Venture capital funds from abroad and angel investors are proving to be a big boon for Indian startup story. Indian startups such as Flipkart, Olacabs, Snapdeal, Hike, Shopclues, Freecharge, Inmobi etc. receive various rounds of follow-on financing as well either from their existing investors or from any new investor.

There are 250+ quality accelerator-incubator systems, and about 500 institutional and 2,000 active investors. The ecosystem has already yielded 500+ acquisitions and created 750,000 jobs. Bengaluru, Mumbai, and Delhi-NCR house 50 percent of all active startups, and have emerged as global players.

Using startups to digitize small-to-medium enterprises (SMEs) is a growing trend. In recent years, start-ups in India have served as a catalyst for the digitalization of SMEs across the country. In fact, a recent study estimates that Indian SMEs will spend $14-16 billion this year on digital technologies alone – in part because start-up aggregators encourage the companies around them to digitize.

By taking advantage of the resources of their multinational investors domestic start-ups can, in turn, offer local SMEs a portfolio of productivity, connectivity and digital deliverability solutions that create a nascent space for job growth. Of course, with an estimated 75 million SMEs in India employing more than 180 million people, the prospect of reskilling and retraining is a bit difficult but possible.

2018 was a breakthrough year for B2B startups in India. B2B ventures stepped out of the shadows from the more visible B2C startups. Of all 7,400 startups in India, 43 percent were B2B companies last year, according to the consultancy firm Zinnov. In comparison, just four years earlier in 2014, just 26 percent of all 3,100 startups were B2B enterprises in India. We not only see a shift towards B2B business models, but B2B startups are also growing at a faster rate than B2C businesses, attracting the interest of venture capitalists and global corporations.

Pushing and Driving Startups to play a major role, India is now the 3rd Largest Startup ecosystem in the world with 270% Growth in 6 years and 4th Rank in the list of global private companies with unicorns 30 Unicorns created US$80 billion value.

Time to Billion Dollar Valuation(Unicorn) is Shrinking and by the year 2025, unicorns in the country are expected to grow to 100+ in numbers.

Some factors that have contributed to this trend have been the fact that people are spending more time online; the management teams of many start-ups have begun to onboard the minds of experienced professionals or those who have worked with successful consumer Internet companies such as Flipkart and Snapdeal before. The time to becoming a unicorn is shrinking because the markets are getting larger and two, management teams are more seasoned. They have seen live examples of how to build a scale company quickly.

There is a concept called ‘acceleration’ and the startup Udaan is the perfect demonstration of it – the company went from founding to becoming a unicorn in just 2 years.

Sectors with a growth potential

Here are some startup sectors which still have a lot of potential to grow in the Indian market :

Cyber security: Besides national security against Pakistan on the Internet and media, small and big businesses are also exploring innovative tools to protect themselves from cyberattacks and threats.

Agri-tech: Agriculture is the primary source of livelihood for about 58 per cent of India’s population, with gross value added by agriculture, forestry and fishing estimated at Rs 18.53 trillion in FY18. India’s gross irrigated crop area is 83 million, but agriculture despite being the largest employer in the country contributes only 17.32 percent to the country’s GDP. Thus, there is a large scope for improvement and innovation in the sector.

Artificial intelligence: symbiotic man-machine relationship is the need of the hour. One may think that robots are replacing humans in the industry. But 70 percent of the world is still a combination of men and machines, and we intend to make this partnership stronger.

Healthcare: Indian healthcare is big business. It is more than a $300 billion opportunity and is expected to hit $372 billion by 2022, according to IBEF. India’s healthcare spend stands at a paltry 1.2 percent of GDP, according to the Indian Medical Association. The doctor-patient ratio is 0.6 (doctor per 1,000 patients) and there are 0.9 beds per 1,000 patients. Healthcare startups are needed to solve the problem of access and ensuring reliable, affordable medical services across the country.

Right now is the moment where the nation has to play on its strengths and work on its weaknesses in to realise its true power and the people’s skills. Therefore, India can launch into a new era of development and technology via utilising the potential in the global and local markets by the appropriate integration of human resources and the ever evolving technology through the means of startups and mark its global dominance in all fields as it was centuries ago. The program is a part of Niti Aayog’s flagship initiative, The Atal Innovation Mission.
October 23, 2020
2+ Charles Lieber, chair of the department of chemistry and chemical biology at Harvard University,
October 14, 2020
2+